We had to hire a car to see this country – and to escape the threats of violence along with demands for money from a man who targeted us and appeared every time we left the hotel.  This hotel, where the package tour company sent us, was plagued by many of these rather aggressive “bumsters” as they call them…  We asked the company rep to change hotels, but with no joy.  Although she did arrange a part-time police presence for a couple of days outside the entrance.

Some of the European “ladies”, of a certain age would hang out in the bar up the road with young local men.  They danced together.  We did not hang around to see what happened next.  It was a bit of a sleezy place.

We had been warned on the tourist bus from the airport to “take it easy” with the locals, but one young girl in the bar told us she had hooked up with a local guide.  He had shown her around, even taken her to his village to meet his family.  He was somehow different from the others she told us.  Her instinct told her so.  She just felt it.  We met her on the bus back to the airport.  He had just disappeared the previous day.  So had her phone and cash.

The guide asked everyone to fill out a survey to win a free tour back to the Gambia.  “Who wants to win?” he cried.  At least three “NOT ME”s were heard from somewhere on the bus.  The problems are caused by the incredible poverty gap between the tourists and the local population and despite the tourist bucks, the money mostly ends up back in the hands of western companies and the hotels they own.  Meanwhile it is one of the poorest countries in Africa for the vast majority of Gambians.

Scroll through for captions: 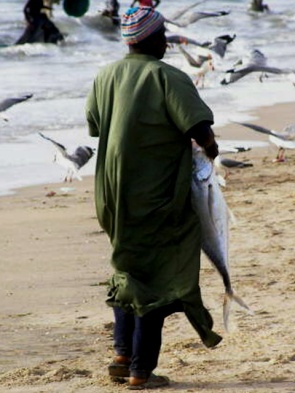 Birds following a man with a big fish

Taking away the catch

Fishing boats after day at sea 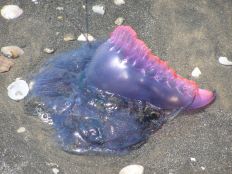 Doing nothing in particular

This is what the sea is for 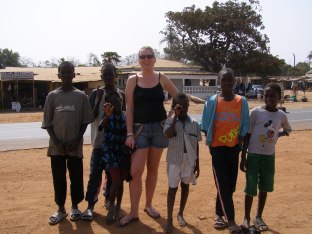 Bring in the catch 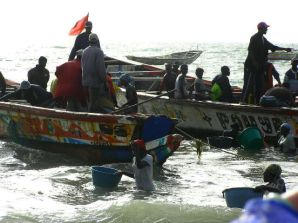 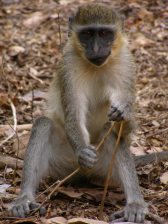 Going in to class