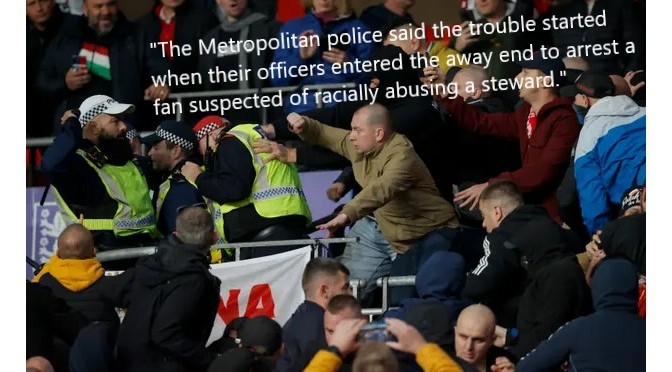 Before the England match against Hungary at Wembley, the England players took the knee as a demonstration, not of support for BLM, but to send the message that racism will not be tolerated in football.

The Hungarian players did not.

The thought occurs: why is it just the players who took the knee? Why shouldn’t the whole crowd do the same to show their support for the message? It would have a lot more power if the whole stadium stood up, or rather knelt down, as a show of solidarity.