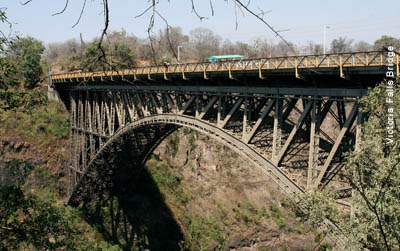 Let’s talk about markets.  All over the globe I have visited markets and shops where bargaining skills are the maker or breaker of the outcome.  But I have to admit that I am really rubbish in some people’s eyes here.  I see something I like and ask the price.  I may dabble in a bit of a haggle, but ultimately I know that I can afford it and rightly or wrongly assume that I am a richer person, so after a desultory haggle end up paying way over the odds for the said item.  It doesn’t bother me particularly.

But when it comes to marketing skills, Tash and my brother Paul make me look like my beloved Aldershot Town playing against Man. United in the FA cup (we lost 4-1 at home).  They even had special commemorative tee-shirts printed for that one.  But that is a side issue.  Back to markets.  Tash is determined and hard, telling the seller exactly how much he or she is ripping us off and is quite prepared to start to walk away.  She has even been known to reduce the sellers to bad-tempered pleas of, “You’re killing me,” even teary emotional eyes, followed by a price much closer to the locals’ rate than I could ever hope to achieve.  It is all done with a smile.

Paul is in a league of his own.  It is sort of like the Monty Python of marketing approaches.  He will have the seller in stitches and offering a reasonable price whilst laughing like a drain.  The market just over the Zambian side of Mosi-oa-Tunya (the Smoke that Thunders, or Victoria Falls) was a great example.

After a few days exploring the Zambezi and the Falls from Zimbabwe we crossed the bridge into Zambia.  At the time, border guards were concerned to ensure that there were no entry or exit stamps from South Africa in your passport, sometimes at gun-point.  They did so quite aggressively.   The border sign into Zambia was tagged with the words “Zambia – the friendly country.”  Then there were the currency rules which stipulated that you could only take a tiny amount of Zimbo dollars out of the country.  We had to hide currency in our socks.  The Falls sent an incessant drizzle on to the bridge at this time of the year but if you could get across then you were rewarded by the experience of standing with your toes in the Zambezi a few yards from the precipice where the mighty river tumbles down over 100 metres into the narrow gorge.  This is over twice the height of Niagara Falls.  On the Zambian side, you could cross a footbridge over to an island above the cascade.  You could not even see the far end of the bridge which was obscured by the spray.  The river splits into a multitude of channels some 1700 metres wide before forming an incredible curtain of water, throwing spray up to 800 metres skywards, being visible from nearly 40 km away.  It is big.  You got very wet even crossing the bridge into Zambia.  On a full moon you can even see lunar rainbows against the big, starry, African sky.

In Zimbabwe I had fallen in love with marimbas.  I can never forget the trio we saw on the Zimbabwean side.  One had a kind of wooden sound which reminded me of steel drums, the second wafted in and out like a pan-pipe, whilst the third thumped out a bass-line like a tuba.  Sometimes all would drop out except a single, quirky timber note, but a fraction of a second after the foot-tapping would expect.  Then another would interrupt with a crazy hammering, working up to a crescendo.  A second or so of absolute silence except for the night insects who take the sound-stage for a moment followed and then back into the melody they started with.  Try listening to that on the banks of the Zambezi, watching lizards climbing up the telegraph poles in the middle of the tables overlooking the lazy, upstream river and enjoying a beer and tell me you are not moved!

Apologies, I have gone off again, we must get back to the market.  We were first greeted by hopeful money changers, desperate for any hard currency.  These included the border guards.  A young boy limping along, one-legged with the aid of a single crutch, with a practised expression of pain, pleads for hard currency.  Bystanders are eyeing our bags.  Tobacco, biros or tee-shirts are all items which are suggested as “currency” in transactions.  Any currency is acceptable.

“I’ll give you five Zimbabwe dollars and ten (Zambian) kwacha,” my brother is saying.  The man shakes his head.

“You give me 25 dollars and I give you a present.”  He holds up a kidney bean necklace.

“I’ll give you five dollars, ten kwacha and four Botswanan Pula.”  The man is shaking his head again.  It is not clear whether he is refusing or trying to work out the exchange rates.

“But I’m giving you a free picture of Kenneth Kuanda,” declares Paul, holding out the Kwacha for the man to see.  Criticising their president is certainly not a wise move here.  But my brother is smiling.  Several of the other curio-sellers within earshot burst out laughing.  Amidst the hilarity the deal is struck.  The ladies in our group manage to avoid taking off their tee-shirts to throw into other proposed transactions.  Then Paul comes up with what I can only describe as a silly but naughty look on his face.  “Happy Birthday, brother,” he declares, holding out a marimba.  It had cost him ten Zimbo Dollars, a biro and his David Gower cricket hat.

Perhaps these sorts of markets and his time in a very poorly paid VSO posting in Zimbabwe were what honed his bargaining skills.  I don’t know.  But I do know that I have a way to go to get to that level.